I love music in a number of different genres, including contemporary Christian music, Christian hip-hop/rap, worship and classic rock. Here are 8 new and upcoming albums that I’m excited about. 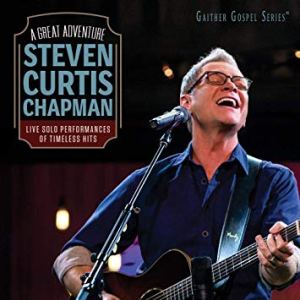 A Great Adventure – Steven Curtis Chapman
The latest project from Steven Curtis Chapman, arriving less than two months after his Deeper Roots: Where the Bluegrass Grows album, comes in both a DVD and audio recording format, filmed and recorded at the Gaither Studios in Alexandria, Indiana. The album chronicles Chapman’s life in song through live solo acoustic performances of some of his most popular songs, but no between song comments. Chapman has toured extensively performing solo concerts the past few years, and is very comfortable performing his songs backed only with his acoustic guitar. Listening to these songs, originally released between 1987 and 2018, reminds the listener of the blessing his music has been for more than thirty years now.

United – Newsboys
In the spring of 2018, former Newsboys lead singer Peter Furler and former bassist Phil Joel joined the then current Newsboy lineup of Michael Tait, Duncan Phillips, Jeff Frankenstein and Jody Davis for a Newsboys reunion tour. Since then the Newsboys United have played more than 150 concerts. As a result, this new studio album has been highly anticipated. And the album, which is comprised of praise and worship songs, does not disappoint. The album, co-produced by Furler and Duncan Sparks and featuring a number of different writers, has a clean and energetic sound, as it merges the former members and current members together for a satisfying result. 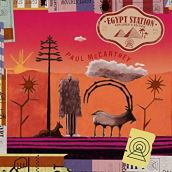 Untitled Hymn: A Collection of Hymns – Chris Rice
Chris Rice returned to the music scene after twelve years in January with Songs We Wrote On Tuesdays, a collaborative duo side project he completed with Andrew Ripp. Untitled Hymn: A Collection of Hymns is Rice’s long-awaited follow-up to his 2006 best-seller Peace Like a River: The Hymns Project. Similar to that album, Untitled Hymn is very simple musically. It features a new recording of his classic “Untitled Hymn (Come to Jesus)”, and hymns including “Amazing Grace”, “Hallelujah What a Savior”, “O, For a Thousand Tongues” and nine more songs.

The Rolling Thunder Revue: The 1975 Live Recordings – Bob Dylan
This release, available in multiple configurations, is a comprehensive anthology of music from the 1975 first leg of Bob Dylan’s groundbreaking Rolling Thunder Revue tour. The massive 14 CD box set includes all five of Dylan’s full sets from that tour that were professionally recorded. The collection also includes recently found rehearsals at New York’s S.I.R. studios and the Seacrest Motel in Falmouth, MA, plus a bonus disc featuring performances from the tour. The collection features 148 tracks in all, with more than 100 of those never previously released. Included in the box set is a 52-page booklet featuring rare and never-before-seen Rolling Thunder Revue photos and an essay by novelist/musician Wesley Stace.
This album will be released June 7. 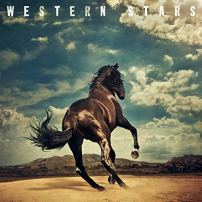 Western Stars – Bruce Springsteen
Western Stars is Bruce Springsteen’s first album of new, original songs since 2012’s Wrecking Ball. In interviews he has stated that the record was influenced by Southern California pop music of the Seventies, and is a return to his solo recordings featuring character-driven songs and sweeping, cinematic orchestral arrangements. The 13 tracks of Western Stars encompass a sweeping range of American themes, of highways and desert spaces, of isolation and community and the permanence of home and hope.
The album was produced by Ron Aniello, who also played bass, keyboard and other instruments. Over 20 musicians play on the album, including original E Street Band keyboard player David Sancious and violinist Soozie Tyrell and organist Charlie Giordano from the current edition of the band.
To be released June 14.

Work in Progress – Andy Mineo
Andy Mineo recently announced that that he will be opening his vaults and releasing Works in Progress, an 11-track mixtape comprised of raw, unmastered and alternate versions of songs recorded over the years. You can check out the first single: “Keepin It Movin” featuring Guvna B,  along with the premiere podcast episode of “ The Work In Progress Podcast” now by visiting www.andymineo.work.
To be released August 23.

These are some albums I’m looking forward to. What’s on your list?