END_OF_DOCUMENT_TOKEN_TO_BE_REPLACED

I recently read John Maxwell’s excellent book Leadershift: 11 Essential Changes Every Leader Must Embrace. One of my favorite chapters in the book was titled “Positional Authority to Moral Authority: The Influence Shift”.  What exactly is moral authority and why is it important for leaders, and others, to have it?
Maxwell writes that moral authority is:
“The recognition of a person’s leadership influence based on who they are more than the position they hold. It is attained by authentic living that has built trust and is sustained by successful leadership endeavors. It is earned by a lifetime of consistency. Leaders can strive to earn moral authority by the way they live, but only others can grant them moral authority.” END_OF_DOCUMENT_TOKEN_TO_BE_REPLACED 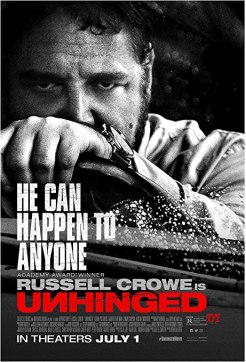 Unhinged is an intense, but disappointing B-grade thriller, that doesn’t allow its Oscar winning lead actor to do much more than grunt. The film, directed by Derrick Borte, with the script written by Carl Ellsworth, also includes a significant amount of violence and adult language.
The film begins with a bloated Russell Crowe, Oscar winner for Best Actor in Gladiator and also nominated for A Beautiful Mind and The Insider), portraying “The Man”, sitting in his pickup truck in the rain outside of a home with a “For Sale” sign in the front yard. He is sweating and gulping down prescription meds like they were candy, something he does throughout the film. We see him take off his wedding ring. We assume that his ex-wife, and possibly others, are inside the house. Eventually, he gets out of the car, kills all inside and sets the house on fire.
The next morning, we see Rachel, a hairdresser played by Caren Pistorius, being awakened by a phone call from her best friend and attorney Andy, played by Emmy nominee Jimmi Simpson (Westworld), who is helping her through a divorce. She is the mother of a young son, Kyle, played by Gabriel Bateman (Child’s Play). Rachel’s brother Fred, played by Austin P. McKenzie, and his girlfriend Mary, played by Juliene Joyner, also are temporarily living in her home. By oversleeping, Rachel misses an appointment with an important client, who then fires her. She also makes Kyle late for school – we assume not for the first time – which will earn him a detention. END_OF_DOCUMENT_TOKEN_TO_BE_REPLACED

This week we look at four recent Christian hip-hop/rap releases:

Nothing But a Word – Derek Minor and Propaganda

Click on ‘Continue reading’ for:
More of these reviews
Music News
Song of the Week Lyrics END_OF_DOCUMENT_TOKEN_TO_BE_REPLACED 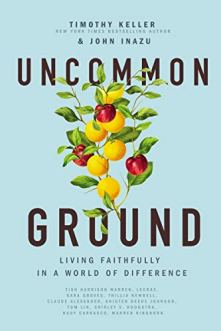 Books in which a different author writes each chapter can be tricky. You might connect with one author and not another, and that’s just how I found this book. I found myself fully engaged with some chapters, while others were frankly a chore to get through.
I was attracted to the book by the fact that one of the editors, who also wrote a chapter, was Tim Keller, one of my favorite authors, and Lecrae, one of my favorite musical artists, also wrote one of the chapters. Among the contributors, I was also familiar with Sara Groves through her music, and Trillia Newbell through her writing and Tish Harrison Warren, through a book of hers my wife had recently read. The subject of the book caught my attention as we live in a very divided culture, including among those who identify as Christians.

Click on ‘Continue reading’ for:
BOOK REVIEWS ~ More of this review and reviews of
~     The Big Fella: Babe Ruth and the World He Created by Jane Leavy
~     Ben Hogan: An American Life by James Dodson
BOOK NEWS ~ Links to Interesting Articles
BOOK CLUB ~ The Gospel According to Jesus by John MacArthur
I’M CURRENTLY READING…. END_OF_DOCUMENT_TOKEN_TO_BE_REPLACED

Recently, I was listening to one of R.C. Sproul’s older teaching series Heroes of the Christian Faith. A few weeks later, I read Jeff Robinson’s excellent article “How to have Ministry Heroes without Plagiarizing Them”. That got me to thinking about the heroes in my life.
Growing up, my heroes tended to be sports figures. In baseball it was Mickey Mantle, in football it was O.J. Simpson and in basketball it was Wilt Chamberlain. Although these men achieved great things on the field or court, looking back at them now, their character left much to be desired (though Mantle did come to saving faith very late in his life). In high school my hero was Doug Collins, who played basketball at my hometown Illinois State University and would become an Olympic hero and the number one draft choice in the 1973 National Basketball Association draft.
One of the definitions of “hero” from the Merriam-Webster Dictionary is “a person admired for achievements and noble qualities”. Robinson in his article states that “Scripture certainly gives warrant to have heroes, to study and emulate men and women of the faith whose lives are so marked by humble, courageous Christ-honoring character and grace-enabled skill in living the Christian life.”
Before looking at my heroes, I want to set some ground rules around people that I am not going to include. First, Jesus would be my top hero (of course). I’m also not going to include my parents, siblings, or my wife Tammy, though they would certainly make the list as well. Given those qualifications, here are people that I consider to be heroes in my life, some of which I know well, and some I don’t: END_OF_DOCUMENT_TOKEN_TO_BE_REPLACED

END_OF_DOCUMENT_TOKEN_TO_BE_REPLACED

A few months back I wrote about how to become a leader that others would want to follow. You can read that article here. I was telling a friend about that article and he challenged me to write about what makes a good follower. I’m adapting his question to reflect what I believe are 12 essential traits of a good team member.

In nearly 38 years as a leader in a Fortune 50 organization I had the opportunity to work with many talented people. As a general rule, they demonstrated the following traits:

Initiative – I always appreciated team members that demonstrated strong initiative. They didn’t wait to be asked to do something, instead they saw what was needed and just took care of it, helping the team in the process. Some may call this person a “self-starter” as well. END_OF_DOCUMENT_TOKEN_TO_BE_REPLACED