Never Fold is the fifth studio album from Tedashii. The 17-song, 54-minute album is his follow-up to his excellent 2016 EP This Time Around and is his first full-length album since 2014’s Below Paradise. He did release a few songs in 2017 and 2018 that are not included here (“Way Up”, “Messenger” and “Splash”, though a revised version of the latter song is included), and two that are, “Gotta Live” (featuring Jordan Feliz) and “Smile”. It’s been way too long since we got a new full-length album from Tedashii, but the wait has definitely been worth it. The album features a number of special guests, among them Lecrae, Trip Lee and Crowder, and he uses multiple songwriters and producers. Never fold and the pain of losing his son Chase are themes that show up throughout the album.
My favorite songs are “God Flex”, “Get Out My Way” and “Gotta Live”. Here are a few comments about each song on the album.

END_OF_DOCUMENT_TOKEN_TO_BE_REPLACED 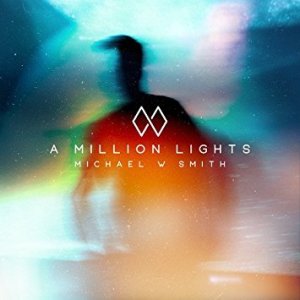 A Million Lights is one of two new albums the 60-year-old Contemporary Christian Music legend Michael W. Smith released in February. And the two albums could not be any more different. While Surrounded is a live worship album of originals and covers similar to his other three live worship albums, A Million Lights is an album of all new pop songs. The first nine songs reflect a new sound, leaning on synthesizers and electronic dance beats, giving the album a fresh, modern toe-tapping sound. Think of Michael W. Smith meets Toby Mac. Smith used multi-platinum producer and songwriter Bryan Todd and songwriter Kyle Lee to help flesh out his vision for the new songs. Three of the final four songs will sound more familiar to Smith fans. I would have preferred that he continue with the new sound all the way through the album, but I give him a lot of credit for experimenting and taking chances with a more current sound for most of the album. While at first, the new sound was hard to adjust to (as I heard Surrounded first), the songs on A Million Lights grew on me with each repeated listen. So, if the album’s new sound puts you off at first, give it a chance. The theme of the album is on unity and reconciliation in our divided society, so the uplifting lyrics are filled with hope.

Below are a few comments about each song:
A Million Lights – This song is written by Kyle Lee and Smith and was the album’s first single. The song is musically interesting, opening with piano and building with backing vocals and synths. It is a celebration of God’s creation, as all of the stars are singing for Him. END_OF_DOCUMENT_TOKEN_TO_BE_REPLACED

Michael W. Smith has been a leader in the Contemporary Christian Music industry since his debut album in 1983, about the entire length of my Christian life. In addition to his pop albums, the talented artist has released several live worship and Christmas albums, along with a few instrumental albums, two albums of hymns, and even wrote music for Steve Taylor’s The Second Chance, a film he starred in. His 2001 album Worship has sold in excess of 2 million copies and the 2002 Worship Again has sold in excess of 1 million copies. He has won three Grammy Awards and an incredible 45 Dove Awards. Now 60 years old, Smith shows he is not slowing down.  Surrounded, his second album to be released this month, and twenty-fifth overall, is a live worship album recorded during an in-the-round performance November 2, 2017 at the Factory in Franklin, Tennessee.
Smith has said that the idea of doing another live worship project has been something he has been thinking about for a while. He feels God calling His Church together, every nation, every tribe, tongue, social class and denomination.
Like his other worship albums, the songs here are a mix of originals and covers. My only critique would have been for Smith to include more originals. If you have enjoyed Smith’s previous worship albums, you’ll enjoy this one as well.

Here are a few thoughts about each song on this excellent album. END_OF_DOCUMENT_TOKEN_TO_BE_REPLACED

This is the follow-up to the multi-talented Michael W. Smith’s 2014 Hymns album recorded for the Cracker Barrel restaurants. This one could have been titled Hymns, Worship Songs and Patriotic Songs, as it includes some or all of these. As with all of Smith’s projects (and I’ve been a fan since his 1983 debut Project (a song from that album is included here), they are done with excellence. Here are a few thoughts about each song included on the project:

Down to the River to Pray – a fantastic version (musically and vocally with background choir), of a traditional song that was sung by Alison Krauss on the soundtrack of the 2000 film O Brother Where Art Thou? It starts off the album on a high note. It’s my favorite song on the album.

I Need Thee – the traditional hymn written by Annie Sherwood Hawks in 1872, with the chorus written by Robert Lowry and music composed by Robert Lowry. Begins with Smith on piano and vocal with light strings and then builds with a backing choir.

Jesus, Only Jesus – this is Matt Redman’s excellent song from his 2013 Your Grace Finds Me album. Starts with Smith on piano and vocals, and then builds powerfully with light drums and backing vocals.

Turn Your Eyes Upon Jesus – written by Helen H. Lemmel in 1922. Features backing vocals from Audrey Assad. Begins with Smith on the piano and vocal and some light strings.

I’ll Fly Away – An upbeat version with drums, fiddle, banjo, backing vocals and a bluegrass feel. Was written by Albert Edward Brumley in 1929.

I Don’t Know Why (Jesus Loves Me) – a wonderful Andre Crouch song. Smith brings a smooth black gospel feel with choir to it. Not the first time Smith has covered an Andre Crouch song, singing “Jesus is the Answer” on the 1996 Tribute: Songs of Andre Crouch album.

His Eye is On the Sparrow – the song was originally written in 1905 by lyricist Civilla D. Martin and composer Charles H. Gabriel. The song is most associated with actress-singer Ethel Waters who used the title for her autobiography. Smith uses a scaled back approach, singing with piano and some backing strings.

Shine on Us – really a prayer to the Lord written by Smith and wife Debbie that has been covered by Phillips, Craig & Dean. It’ a ballad with piano, strings, light drums and backing vocals that gently builds toward a powerful ending.

Nearer My God to Thee – a beautiful rendition of a hymn written by Sarah Flower Adams in 1841. Opens with violin and then Smith’s voice and piano. Features a duet with Susan Ashton.

I’d Rather Have Jesus – based on a 1922 poem by Rhea F. Miller, this was one of George Beverly Shea’s signature songs. Smith gives us a beautiful tender vocal, with piano and strings that builds gently with backing vocals.

Be Still My Soul – This hymn was originally written in German by Katharina Amalia Dorothea von Schlegel in 1753. Smith’s vocal is paired with his piano and light strings that builds with backing vocals.

Great is the Lord – an excellent new version of Smith classic song from his first album Project in 1983. Features excellent backing vocals and instrumentation.

A Mighty Fortress is Our God – Martin Luther’s great Reformation hymn is based on Psalm 46. It is a celebration of God’s sovereign power over all earthly and spiritual forces, and of the sure hope believers have in him because of Christ. Smith gives us a beautiful and powerful version of this triumphant hymn, slowing down the pace and featuring excellent backing vocals and church organ. Definitely a highlight.

America the Beautiful – this is the one misstep as far as song selection is concerned. Its inclusion reminded me of when Cracker Barrel stuck “Cinderella” at the end of Steven Curtis Chapman’s excellent 2013 hymns project Deep Roots. Both songs are good, they just don’t fit on a hymns project. Like many of the songs this one starts simply with vocal and piano and then builds to a powerful ending with strings and backing vocals, with a bit of “The Battle Hymn of the Republic” at the very end of the song. I can hear this song being played during 4th of July fireworks celebrations this year.

Most of the arrangements and instrumentation is kept simple, except where noted, and for the most part Smith chooses to goes with a light, scaled back production, different from his normal releases. The scaled back production and instrumentation at times expose his voice, never strong, as vulnerable and at times thin. But overall, this is a highly satisfying and wonderful new release which will be loved by those who love the hymns and Smith’s music.

Whatever Happened to Sin? by Steve Taylor

This song was included on Steve Taylor’s 1983 debut EP I Want to Be a Clone, but the lyrics are as current as if they were pulled from today’s news. Listen to the song here.

The Christian counselor wrote, quote
“Who is the only humane choice ahead

If you can’t support it
Why don’t you abort it instead?”

You say you pray to the sky
Why? When you’re afraid to take a stand down here
‘Cause while the holy talk reads like a bad ad lib
Silence screams you were robbing the crib

Say it ain’t none of my business, huh?
A woman’s got a right to choose
Now a grave digger, next you pull the trigger what then?
Whatever happened to sin?

I heard the reverend say
“Gay is probably normal in the Good Lord’s sight
What’s to be debated?
Jesus never stated what’s right”

I’m no Theology nut
But the Reverend may be a little confused
For if the Lord don’t care and he chooses to ignore, ah
Tell it to the people of Sodom and Gomorrah

Call it just an alternate lifestyle, huh?
Morality lies within
Consciences are restin’, please repeat the question again
Whatever happened to sin?

Well, he’s a good ole boy who was born and raised
In the buckle o’ the Bible Belt
But remember when you step into your voting booth
He’ll never lie, he’ll just embellish the truth

Promises were made to be broken, right?
You’ve gotta play the game to win
When you need support, tell them that you born again
Whatever happened to sin?