While in Edinburgh, Scotland recently, we visited St. Giles Cathedral, and parking space 23, which marks the spot of John Knox’s grave. I was sickened to see a tour guide defaming Knox, dancing on his grave and encouraging his tour group to do the same. He called Knox an anti-Semite and misogynist. What could cause such behavior about someone I consider a hero?
In this book from the Long Line of Godly Men series, Douglas Bond writes that critics have found much in Knox to attack. Like the prophets of old, Knox was hated and feared by some, and honored and respected by others. He was not unaware that even in his own day that he was perceived as a thunderbolt, uncharitable and severe. In addition, Bond tells us that it is fair to say that much of the enduring hostility toward Knox is rooted in his doctrine of predestination. The English Parliament condemned Knox’s books to public burning 140 years after his death, and for the most part, Scotland has resented the life and ministry of Knox.
But Bond tells us that Knox is a model for the ordinary Christian, especially the one who feels his own weakness, but who nevertheless wants to serve Christ in a troubled world. Christ was at the center of every dimension of his life. It is this, and this alone, that made Knox mighty in his weakness.

Click on ‘Continue reading’ for:
BOOK REVIEWS ~ More of this review… and reviews of ~
~ Maturity: Growing Up and Going On in the Christian Life by Sinclair Ferguson
~ God, Greed, and the (Prosperity) Gospel: How Truth Overwhelms a Life Built on Lies by Costi Hinn
BOOK NEWS ~ Links to Interesting Articles
BOOK CLUB ~ The Gospel According to Jesus by John MacArthur
I’M CURRENTLY READING….

The author gives us an overview of his Knox’s amazing life and legacy in the first chapter, and then in following chapters investigates how he was transformed from weakness to strength in various dimensions of his character and ministry. He writes that Knox’s life teaches that the most-timid saint becomes a formidable giant when strengthened by the almighty power of God in Christ alone.
Knox’s life story is one of being sentenced as a galley slave for nineteen months, suffering physically, being mentored by John Calvin, contributing to the translation and study notes of the Geneva Bible, clashing with Queen Mary (“Bloody Mary”), leading the Reformation in Scotland and witnessing extraordinary revival spread throughout Scotland in the summer of 1559, leading a  committee of five to complete the Scots Confession in four days, serving as minister at St. Giles in Edinburgh, and writing two Books of Discipline.
The author tells us that prayer was the engine that advanced Reformation in Scotland, and Knox was the foremost prayer warrior in the realm. As minister of St. Giles Edinburgh, he preached sermons three or four times a week, each of which lasted up to three hours. Christ was the unrivaled center of Knox’s message, and the Bible alone was his source for that message. Although manuscripts of Knox’s sermons are limited, the recurring theme of the final triumph of Christ Jesus and the gospel in Scotland is plainly evident. He would rail against tyrants—political or ecclesiastical—who set themselves against the Most High, and he would tenderly call lost sinners to repentance and faith in Christ.
Knox found time to write a great deal—everything from encouraging letters to theological treatises. In his writing, like his preaching, Knox wanted Jesus to be made manifest. His writings display passion, tenderness, and theological clarity.
Knox reserved his thunder for the influential elite. For the commoner, however, Knox had nothing but compassion and patience. He sought to encourage and help all who were needy, but he seems to have had a special compulsion to help women, pastors, and lay leaders in the church.
The book includes two appendices:
Appendix A: Time Line of John Knox and the Reformation
Appendix B: The Scots Confession of Faith
The Mighty Weakness of John Knox is a helpful introduction to the life and ministry of the great Scottish Reformer.

Maturity: Growing Up and Going On in the Christian Life by Sinclair Ferguson. Banner of Truth. 248 pages. 2019
****

Sinclair Ferguson is probably my favorite living theologian. His latest book, one of the best I’ve read this year, is a significantly revised edition of his first book, published in the UK in 1980 as Add to Your Faith, and in the U.S. as Taking the Christian Life Seriously in the U.S. in 1981. The book would be appropriate for believers in any stage of their Christian walk.
The author tells us that the writers of the New Testament had a deep concern to see Christians grow to spiritual maturity. Mature Christians possess the qualities which only Jesus Christ can produce, because he alone has exhibited them perfectly. We must go on to maturity, because Jesus went on to maturity.
The author spends a lot of time in Hebrews, which he calls “the letter about maturity”. In that book, Jesus’ experience is seen as the foundation for our going on to maturity. In addition to the teaching of Hebrews, the author tells us that we should not be surprised that there are frequent references to the importance of spiritual maturity in Paul’s letters. The author tells us that If maturity was the great goal of the apostles’ ministry, then it ought to be a goal in our own lives too, and the deep desire of our hearts. He also looks at Psalm 119, which he refers to as “the psalm of maturity”, Psalm 131 and also Ephesians 6.
Subjects that the author touches on are hindrances to maturity, indwelling sin, spiritual discernment, the Father’s pruning, abiding in Christ and living in union with Him, God’s guidance, assurance of salvation, suffering, tests, trials and temptations, opposition and perseverance.
Throughout the book the author refers to many heroes of the faith such as John Bunyan, J.C. Ryle, Anselm, Augustine, Calvin, Luther, John Owen, Robert Murray M‘Cheyne, and many more.
The author tells us that there is no easy way to maturity, no shortcuts. The path to maturity is: Lay aside your own ambitions. Lay aside your own wisdom. Lay aside your own self-assurance. Make the Lord your ambition. Make the Lord himself your hope and your only wisdom.

I highlighted a number of passages in this excellent book. Here are 20 of my favorite quotes: 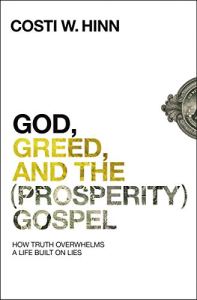 Here are 15 quotes from the book that I found helpful: 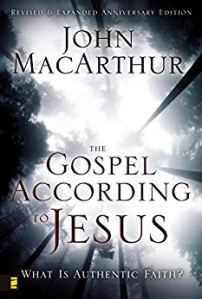 The Gospel According to Jesus: What is Authentic Faith? by John MacArthur

We are reading through John MacArthur’s classic book The Gospel According to Jesus. What did Jesus mean when He said, “Follow me”?  MacArthur tackled that seemingly simple question and provided the evangelical world with the biblical answer.  For many, the reality of Jesus’ demands has proved thoroughly searching, profoundly disturbing, and uncomfortably invasive; and yet, heeding His words is eternally rewarding. The 20th anniversary edition of the book has revised and expanded the original version to handle contemporary challenges.  The debate over what some have called “lordship salvation” hasn’t ended—every generation must face the demands Christ’s lordship. Will you read along with us?

This week we look at the Introduction. Below are a few of my takeaways from this section:

One thought on “BOOK REVIEWS and NEWS”