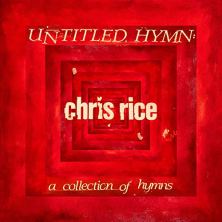 Chris Rice returned to the music scene in January after twelve years with Songs We Wrote On Tuesdays, a collaborative duo side project he completed with Andrew Ripp. Untitled Hymn: A Collection of Hymns is Rice’s long-awaited follow-up to his 2006 best-seller Peace Like a River: The Hymns Project. That record has been streamed an incredible 72 million times to date. Similar to that album, Untitled Hymn is very simple musically, with Rice’s voice usually accompanied by piano, acoustic guitar and light backing vocals. The album, which was produced by Ken Lewis, features a new recording of his classic “Untitled Hymn (Come to Jesus)”, eleven other hymns and one new song “Too Much I Love”. I absolutely love this new recording.
Here are a few comments about each song: 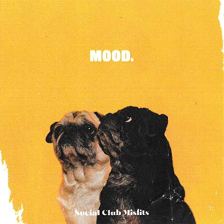 Social Club Misfits (Marty and Fern) follow up their excellent 2018 album Into the Night with Mood, a new five-song EP, which will whet your appetite for Social Club Misfits music until the next full-length album is released. Below are a few comments about each of the songs on the EP:

There is a Fountain by Chris Rice

This week’s song of the week is “There is a Fountain” by Chris Rice, from his long-awaited album Untitled Hymn: A Collection of Hymns. The song was written by William Cowper, most likely in 1771. Listen to the song here.

There is a fountain filled with blood
Drawn from Immanuel’s veins;
And sinners, plunged beneath that flood,

For sinners, plunged beneath that flood,
Lose all their guilty stains.