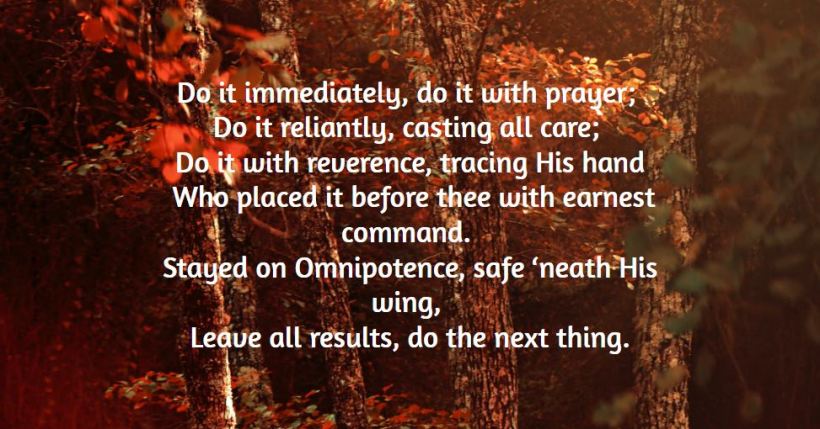 We all go through those times in life when it seems like our lives are out of control, like a train that has gone off the rails. During those times it seems it’s all we can do to get through the day and do the very basics (eat, shower, sleep). We don’t really understand what is going on. Our lives are in turmoil, but around us, life goes on. Even in the midst of our suffering, others are experiencing joy.
Back on July 23, delayed by three months due to the COVID-19 pandemic, my Dad had a needed mitral-clip heart procedure to fix a badly leaking mitral valve, at one of the top heart hospitals in the country. Although the valve team was not able to completely repair the leak, they installed two clips and estimated that they had improved the situation 40-50%. He left the hospital in good health on July 26, and we had high hopes for a better quality of life for him and more years to enjoy him. But for reasons we won’t know until heaven, he never experienced any benefits from the procedure, quickly declined and died on September 3.
Shortly after Dad’s funeral, we got the news that we were going to be blessed with a new puppy, a puppy we had been working with several breeders to get since the beginning of the year. Our feelings were mixed. We were happy to bring Clara, a beautiful Alaskan Malamute pup into our home, but we were grieving the sudden loss of Dad and run down physically and exhausted emotionally. It had been more than fifteen years since our last puppy, and we had forgotten how much work a new puppy was, and we struggled with the basics of taking care of her after we picked her up September 16.Then, on September 25, I came down with a fever and other symptoms, some of which would last more than a week and a half. It seemed like the “perfect storm” – Dad’s death, a new puppy and now illness. After a few days, our vet helped connect us with someone who could take Clara for a few days until I recovered.
During that time, on two different occasions doctors directed me to get a COVID-19 test. My wife Tammy and I both have “underlying conditions” which would make recovery from COVID-19 difficult, so we had been very careful, wearing masks and being socially distanced. But still, I had many of the symptoms of the virus. Waiting on those test results was difficult for Tammy and I. We prayed as we considered the implications of a positive test, knowing that if I contracted the virus, she most likely would as well. We were very thankful when both tests came back negative.
Around the time that we realized that Dad’s heart was not going to survive this latest scare, I was on my afternoon walk listening to Elisabeth Elliot’s teaching series that she produced for Ligonier Ministries entitled Suffering Is Not For Nothing. If you know her story, Elisabeth’s first husband Jim Elliot, a missionary, was one of five men killed by native people they were trying to evangelize in Ecuador. Later, Elisabeth would lose a second husband, Addison Leitch, to cancer.
In the teaching series, Elisabeth states that people wondered how she could continue on after such tragedy. She said simply that she just did the next thing. I found out later that she got that advice from a poem by an unknown author.
In those days when it seemed like life had gone off the rails, and even the simplest task seemed overwhelming, I tried to live by Elliot’s simple advice to “do the next thing”.

Many a questioning, many a fear,
Many a doubt, hath its quieting here.
Moment by moment, let down from Heaven,
Time, opportunity, and guidance are given.
Fear not tomorrows, child of the King,
Trust them with Jesus, do the next thing

I hope this simple advice will help you when your life spins out of control like ours did during the month of September.  Don’t worry about the days ahead, just focus on putting one foot in front of the other, trusting that God holds you in the palm of His hand.
“The truth is that none of us knows the will of God for his life. I say for his life—for the promise is ‘as thou goest step by step I will open up the way before thee.’ He gives us enough light for today, enough strength for one day at a time, enough manna, our ‘daily’ bread.”

4 thoughts on “When Life Goes Off the Rails: Do the Next Thing”