In his latest book, in thirty short chapters divided into seven parts, John Piper gives us not a comprehensive overview of the Apostle Paul’s thought, but a highly personal book. No one has taken the author deeper into the mysteries of the gospel than Paul, who wrote thirteen books of the Bible, and much of the book of Acts is about his ministry. After the Lord Jesus himself, no one has won the author’s appreciation and admiration more. His aim in the book is to commend the Apostle Paul as a trustworthy witness. He wants us to be deeply and joyfully persuaded that he is admirable and trustworthy and that what he writes is true.
Over the thirty chapters, the author tells us about the profound impact the Apostle Paul has had on his life and ministry. Among the topics included are suffering, love, contentment, killing sin, Christian freedom, community, Gospel accuracy, God’s sovereignty, imperfection, cancer, joy, the poor and Romans 8:32. You can read the book through like a normal book, or choose to read it devotionally, covering a chapter a day for thirty days.

Click on ‘Continue reading’ for:
BOOK REVIEWS ~ More of this review… and reviews of:

I highlighted a number of passages in this book. Below are 20 of my favorite quotes: 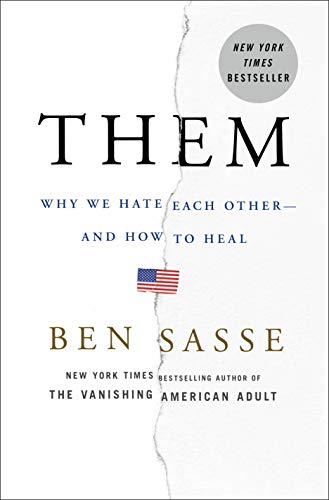 This is a revised and updated edition of the 2001 book The Life of a God-Made Man: Becoming a Man After God’s Heart by a respected pastor and seminary professor. In this book, he tells us that he will spend more time exploring Bible texts than typical men’s books do. He also will focus on character over technique and law. Instead of starting with rules and guidelines for godly living, he begins the book by considering the nature of God.
The author tells us that it is important, at this moment in Western culture, to know what it means to be a man and to act like one. He tells us that beyond doubt, Scripture instructs men to act like men, to act in ways that fit their gender. He discusses four models of masculinity, and then proposes God himself as the model of godly masculinity. God’s person and work is the model for the book as the author looks at man in marriage, fatherhood, work, leadership, friendship, etc. The author tells us that the man after God’s heart lives by grace, not laws; by character, not techniques; in short, by the pattern of the living God.
The book includes helpful “Discussion Questions” at the end of each chapter, making this a good book to read and discuss with other men.
This is a serious book about what it means to be a man after God’s own heart. It is not one that will give you “5 Tips to Be a Better Husband”, for example. Read it slowly and ponder the wisdom on its pages.
Below are some of my takeaways from the book:

A Man and His Marriage: Companionship

A Man and His Children

A Man and His Friends

A Man and His Work

A Man as Leader

A Man and His Wealth

A Man and His Body: A Proper Concern for Our Flesh and Blood

A Man and His Body: Living Faithfully in Our Skin

A Man and His Play

The Glory and the Misery of Man

The Gospel According to Jesus: What is Authentic Faith? by John MacArthur
We are reading through John MacArthur’s classic book The Gospel According to Jesus. What did Jesus mean when He said, “Follow me”?  MacArthur tackled that seemingly simple question and provided the evangelical world with the biblical answer.  For many, the reality of Jesus’ demands has proved thoroughly searching, profoundly disturbing, and uncomfortably invasive; and yet, heeding His words is eternally rewarding. The 20th anniversary edition of the book has revised and expanded the original version to handle contemporary challenges.  The debate over what some have called “lordship salvation” hasn’t ended—every generation must face the demands Christ’s lordship. Will you read along with us?

This week we look at Chapter 6: He Opens Blind Eyes. Below are a few takeaways from the chapter:

2 thoughts on “BOOK REVIEWS and NEWS”