Ten years ago, Andrew Peterson, one of our most respected singer/songwriters, was working on an album that he says was more or less on the resurrection of Jesus. As he started working on the songs, he realized that they actually were more about the way Jesus’s resurrection plays out in our lives rather than the resurrection itself. So, the album was creatively titled Resurrection Letters, Vol. 2.
This year, Peterson finally began work on Vol. 1 with producer Ben Shive, who also produced Vol. 2, ten years ago. But Peterson felt it would be odd to write about Jesus’s victory over death without writing about his death itself. That led to this recording, which he humorously has called the prequel to the prequel. Got all that?
Volume 1 will be out soon. For this release, Peterson has written ““The five songs on Prologue are meant to be a sort of fast, opening with the last words of Jesus on the cross and ending with his interment in the tomb. May they’ll be a good reminder of the hard road Jesus walked in order to make the world new.”

Let’s look at the excellent EP, Resurrection Letters: Prologue, which is superbly written and performed:
Last Words (Tenebrae) – This beautiful song driven by piano, light percussion and backing vocals, focuses on Jesus’s last words on the cross, beginning with, “Father forgive them, they know not what they do”. The vocals are layered and build powerfully throughout the song. Ending with “Father into your hands I commit my spirit”.
Well Done, Good and Faithful – This song features piano and light percussion. It takes the listener through the suffering and death of Jesus on the cross, through his cries and groans when his Father turned away from him. The chorus is based on Hebrews 12:2 which reads in part “who for the joy that was set before him endured the cross, despising the shame, and is seated at the right hand of the throne of God.” Jesus finished his work, well, good and faithful, reminding us of the servant in Matthew 25:23.
The Ninth Hour – This is a beautiful instrumental featuring strings and piano. Mark 15:33 states “And when the sixth hour had come, there was darkness over the whole land until the ninth hour.”
Always Good – This intimate song to Jesus is driven by acoustic guitar and backing vocals. Jesus, who laid down his life and suffered for us, knows what we are feeling. Somehow His sorrow is shaping our hearts like it should, as we try to believe what is not meant to be understood. It’s hard to know what He is doing. Help us to trust that His intentions for us are still good. Maybe the answer surrounds us, but we don’t have the eyes to see that He’s always good.
God Rested – The EP ends with this song about Jesus’s body being taken down from the cross and being buried in the tomb of a rich man. Pilate had no peace during this time. Peterson creatively connects God’s work in creation with Jesus’s work. “Six days shall you labor, the seventh is the Lord’s. In six He made the earth and all the heavens, but He rested on the seventh.” He worked till it was finished (Matthew 19:30). God blessed the seventh day. The song is driven by piano, drums, synth and backing vocals.

Peterson has stated that his hope is that the listener would use these five songs during Lent and Holy Week to dwell on the terrible road Jesus had to walk in order to conquer not just sin, but the grave.
Meditate on these songs as you prepare your heart to celebrate the Lord’s resurrection.
Andrew will be one of the speakers at the Sing! 2018 Conference September 10-12 in Nashville.

One More Song by Ashley Cleveland
****

The first time I saw three-time Grammy winner Ashley Cleveland was outdoors at the Cornerstone Musical Festival years ago. I was blown away by this guitar playing artist with a powerful bluesy voice who reminded me of Bonnie Raitt. I would see her several more times over the years, including a few times playing her heart out for a small group of people at the Jesus House, a local inner-city mission in the community I live in.  I’m convinced that she is one of rock music’s most under-appreciated talents.
This is her tenth album, and it is produced by husband and guitarist Kenny Greenberg. The album cover was painted by Jimmy Abegg. Cleveland wrote 6 of the 11 songs on the album. She has stated that all of the songs are very autobiographical. The songs travel along themes of addiction recovery and loss, loving – or attempting to love – those who are different from her, her children becoming adults and leaving home, aging and the joy and solace of her faith and the struggle to live it out in a broken world.  Cleveland is working on a documentary titled Who’s the Girl, which will feature some of these songs. Below are a few comments on each song, all of which feature Cleveland’s powerful vocals and Greenberg’s excellent guitar work:

Way Out of No Way – This song was written by Cleveland. It’s a strong opener featuring powerful vocals and excellent guitar work from Greenberg. It’s an autobiographical song about her start in music, drinking and her need for a Savior.
Down by the Riverside – This arrangement from Cleveland features acoustic and electric guitars, including an excellent solo, organ, drums and backing vocals. Key lyric: I’m gonna lay down my sword and shield, down by the riverside, I’m gonna study, study, war no more
Crooked Heart – This is a slower, reflective acoustic song written by Cleveland, Rachel Yellen and Jameson Fuller. It begins with acoustic guitar and includes some light electric guitar. Key lyric: I love my crooked neighbor with my crooked heart.
Lily Grown Wild – This song is written by Cleveland about her youngest child leaving home. This guitar driven song has a Rolling Stones vibe to it (Ashley has previously covered the band’s song “Gimme Shelter”).  The song is about children becoming adults and the struggle of learning to let go. A definite highlight.
Take Me to the Water/Cool Down by the Banks of Jordan – This arrangement from Cleveland includes her powerful vocals, acoustic guitar and organ.  It starts slowly and as it transitions to “Cool Down by the Banks of Jordan”, where Jesus is going to meet us there. Driven by Greenberg’s guitar, you’ll not be able keep still. Features an excellent guitar solo.
Halfway Down – This song is written by Jim Lauderdale and was made popular by country artist Patty Loveless in 1995. It includes keys, bass, guitar, including a couple of solos, and organ. Key lyric: Halfway down, just a getting started, Yes, I’m beginning on my journey now.
To Be Good – This is a slower, reflective acoustic song written by Cleveland and Winston Yellen. It begins with acoustic guitar and includes some light drums and electric guitar, with a mid-song solo. It is a reflection of the end of one’s life. Key lyric: All I ever wanted was to be good.
Ezekiel 2 – This song was written by Cleveland and Phil Keaggy. “Ezekiel” appeared on Phil Keaggy’s excellent 2016 album All at Once. On that bluesy rocker, Ashley sang a duet with Phil, their voices blending well. Both that song and “Ezekiel 2” are about the valley of dry bones from chapter 37 of the book of Ezekiel. “Ezekiel 2” is faster, with Ashley’s powerful vocal and Greenberg providing some excellent guitar work, including a nice solo.
One More Song – This song, written by Cleveland is based on a story that Cleveland’s mother told her on a trip to the Smokey Mountains to see their old cabin for the last time. It’s about a memory that her mother shared from her own childhood with older sister Betsy. It’s an acoustic based song with a good guitar solo.
Walk in Jerusalem – This song originally appeared on Cleveland’s excellent 2012 album Beauty in the Curve. You won’t be able to keep still when listening to this song, which features some excellent guitar work, including a mid-song solo, from Greenberg, and a joyous vocal from Cleveland.
Born to Preach the Gospel – This song also originally appeared on Cleveland’s album Beauty in the Curve. The song starts slow in a slow groove with Greenberg’s guitar, and then powerfully builds up steam. The song features a mid-song guitar solo and organ. Key lyric: I was born to preach the Gospel, and I sure do love my job.

Overall, this is another strong effort from a very under-appreciated artist.
Check out Ashley’s recent interview with Andrew Osenga on the podcast The Pivot. 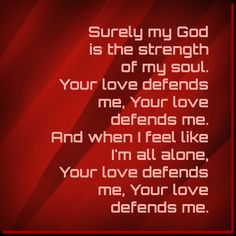 Sara Groves followed up her acclaimed 2015 album Floodplain with her thirteenth studio album Abide with Me. She has stated that her previous album found her on the floodplain reflecting on the kind provision that comes when she finds herself in a place where she cannot rescue herself. Abide with Me is a collection of hymns and songs that were with her on the floodplain. The album was recorded in a 105-year old church (the construction of which is shown on the album cover photo), that the Groves purchased in 2011 and converted into Art House North, a creative community for the common good, in the West End of Saint Paul, Minnesota. The album includes songs carefully selected from Groves’ personal list of hymns. Each song has provided a source of healing and comfort to her throughout the years.

He’s Always Been Faithful is my favorite song on the album. The song originally appeared on Groves’ 2001 debut album Conversations. The song incorporates the hymn “Great Is Your Faithfulness”, the lyrics of which were written by Thomas Chisholm in 1923, and the music composed by William Runyan that same year. The song features piano, upright bass and woodwinds. Groves estimates that she has played the song in concert well over a thousand times. Read this “Behind the Song” with Kevin Davis about the song.

Listen to the song here.

Morning by morning, I wake up to find

The power and comfort of God’s hand in mine
Season by season, I watch Him, amazed
In awe of the mystery of His perfect ways
All I have need of, His hand will provide
He’s always been faithful to me

I can’t remember a trial or a pain
He did not recycle to bring me gain
I can’t remember one single regret
In serving God only and trusting His hand
All I have need of, His hand will provide
He’s always been faithful to me