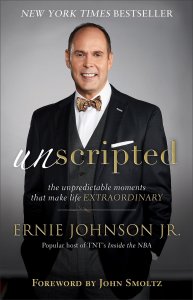 The popular host of “Inside the NBA” shares unscripted moments in his life which he called “Blackberry Moments”. He encourages us to embrace these moments and the blessings in our lives. In this book, he includes some wonderful stories and memories from his personal and professional life and how God has worked in his life. Included in the book are excerpts from his writings (eulogy, poems, journals); his writing (and narration of the audiobook edition), is witty and humorous.
Family is extremely important to the author. He and his wife Cheryl have six children, including four that they have adopted, one that has special needs and two of whom who had endured the sex trafficking industry.
His father, Ernie Johnson Sr., was the best man in his wedding and his best friend. He was a pitcher in the major leagues and later the broadcaster of the Milwaukee and Atlanta Braves. The two would work together in the booth for Braves games. Ernie Jr. gave the eulogy for his father in 2011. The text of that moving message is included here. His parents were married for 63 years. His father was the greatest influence on his life.
Ernie wanted to follow in his father’s footsteps and play in the major leagues, but after getting cut from the University of Georgia baseball team as a sophomore, he pursued a career in the media. He would start doing the news, but would quickly move to sports.
He would meet his future wife Cheryl while she was working as a bank teller. She would later serve in a number of non-profit organizations in Atlanta.  He includes touching stories about son Michael with Muscular Dystrophy, his fascination with cars and his significant health issues.
He writes about hosting “Inside the NBA” for 25 years with Kenny Smith and Charles Barkley, and more recently with Shaquille O’Neill. Of particular interest was his decision to choose to attend his son’s high school graduation rather than broadcast an important seventh game of an NBA postseason series.
Raised Roman Catholic, Ernie writes of his faith being dormant. He was drawn to Christ in 1997 at Crossroads Church in Georgia (now known as 12Stone Church). Wife Cheryl would be drawn to Christ a few years later.
Ernie noticed a bump on his face one day while shaving. He would wait six months to have it looked at by a doctor, and would be diagnosed with stage 2 Follicular Hodgkin’s Lymphoma. He would eventually go through six cycles of chemotherapy. Afterwards, he would have a new appreciation for life.
It was a joy to read this book and hear about how God has worked in Ernie’s life. 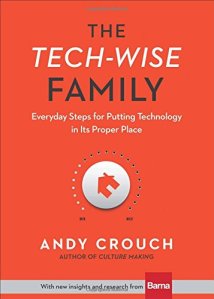 In this important new book, Andy Crouch, author of Culture Making, draws on in-depth original research from the Barna Group, and shows readers that the choices we make about technology have consequences we may never have considered. He takes readers beyond the typical questions of what, where, and when and instead challenges them to answer provocative questions like, Who do we want to be as a family? and How does our use of a particular technology move us closer or farther away from that goal? Anyone who has felt their family relationships suffer or their time slip away amid technology’s distractions will find in this book a path forward to reclaiming their real life in a world of devices. 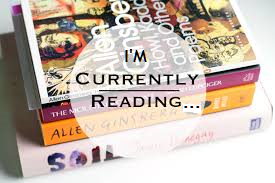