Adjustments to 2013 Favorites List
I had previously listed The Hobbit: The Desolation of Smaug as an honorable mention (runner-up) film, along with Fruitvale Station to Captain Phillips for my top film of 2013. We had seen The Hobbit on IMAX 3-D, but unfortunately I was tired from studying for my final exam and slept through what now appears to have been about half of the film. We saw it a second time on New Year’s Day and I was just blown away. So I have to amend my top movie listing to show The Hobbit as number one.
I also inadvertently left off two other items. First, “Ordinary Love” by U2 was left off of my best songs list. The song, their first new one in years, was included in the film Mandela: Long Walk to Freedom, which is reviewed this week. And second, I left off the excellent Downton Abbey from my list of top television shows.

New Book Review ~ Joseph and the Gospel of Many Colors by Voddie Baucham Jr. 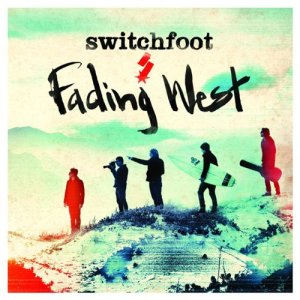 As we continue working through John Maxwell’s classic book The 21 Irrefutable Laws of Leadership, this week we’ll look at the following two laws:
• The Law of Victory: Leaders Find a Way for the Team to Win
• The Law of the Big Mo: Momentum is a leader’s best friend

John Maxwell has his own page with lots of New Book Reviews – click here.

This and That
• Join the Duck Commander family on January 15 at 9:00pm on A&E for the Season 5 premiere of Duck Dynasty. These two new episodes promise to be filled with lots of laughter, lots of fun, and more of the crazy stuff you have come to know and love from the Robertson’s. We will get to meet Rebecca Robertson as she makes her debut and then there is a surprise family member we’re going to meet. Could it be Mrs. Si? Who knows?

• Fernando Ortega has been invited to sing with guest speaker Ravi Zacharias at the Mormon Tabernacle. Tickets are sold out but you can watch the event live on the internet. The event is this Saturday, January 18th from 6:30-8:30 p.m. MST. You can watch it here.

• Next Tuesday, January 21 at 6:30pm, Dr. Sproul will be live online via video answering your theological questions. You will be able to submit questions to him in real-time or in advance by using #AskRC on Twitter, Facebook, and Google+. Check out more at http://www.ligonier.org/blog/askrc-live-tuesday-january-21/

• Ligonier Ministries is offering the e-book version of R.C. Sproul’s commentary on the Gospel of John free during the month of January. Read this article for more information: http://www.ligonier.org/blog/rc-sprouls-commentary-john-free-ebook/

• Each month Christianaudio offers a free audio book download. This month they are offering the ESV Hear the Word Audio Bible, a great choice and the translation of the Bible that I have used since it was introduced in 2001. Download your free copy here.

• 12 Years as a Slave and American Hustle were big winners at the January 12 Golden Globe Awards. One of my favorite new television shows Brooklyn Nine-Nine also was a surprise winner. Read more here: http://www.foxnews.com/entertainment/2014/01/12/list-winners-at-71st-annual-golden-globe-awards/

• In a recent interview with Marie Claire Magazine, pop star Katy Perry, a former contemporary Christian artist, announced that she no longer believes in Heaven or Hell nor professes to be a Christian. Read more here: http://christiannews.net/2013/12/29/former-ccm-singer-turned-secular-pop-star-katy-perry-i-dont-believe-in-heaven-or-hell/

• John Piper writes “Since 2007, millions of people have read books and taken inventories designed to find our strengths. These are useful for positioning people in places of maximum effectiveness.” Read his article “Don’t Waste Your Weaknesses in 2014” here: http://www.desiringgod.org/blog/posts/don-t-waste-your-weaknesses-in-2014

• Check out this article from The New York Times about the current Calvinist revival: http://mobile.nytimes.com/2014/01/04/us/a-calvinist-revival-for-evangelicals.html?_r=0

• Ligonier Ministries recently compiled the best articles from their blog from 2013. Read the articles here: http://www.ligonier.org/blog/best-2013-ligonier-blog/

• John Piper was one of the speakers at the new Cross conference, a new Missions conference for students. The below article captures some of the best quotes from the conference, as well as a video of one of Piper’s messages “The Chief End of Missions: The Supremacy of God in the Joy of All Peoples”: http://www.desiringgod.org/blog/posts/the-best-quotes-from-cross

• Desiring God recently compiled their best videos of 2013. You can view them at this article: http://www.desiringgod.org/blog/posts/our-top-videos-of-2013

• Desiring God also revealed their top 13 posts of the year. You can read them here: http://www.desiringgod.org/blog/posts/our-top-13-posts-of-2013

• Collin Hansen recently compiled the Gospel Coalition’s Editor Choices for 2013. Check them out at this article: http://thegospelcoalition.org/blogs/tgc/2013/12/30/editors-choice-the-best-of-2013/

• Ed Stetzer recently published this article on the 10 best church signs of 2013. Check them out here.

• Tim Tebow has been hired by ESPN as an analyst on their new SEC Network. Read more here: http://www.orlandosentinel.com/sports/blogs/college-gridiron-365/os-tim-tebow-espn-sec-network-20131230,0,1744921.post

• Needtobreathe will release Wasteland, their follow-up to 2011’s excellent The Reckoning, on April 15.