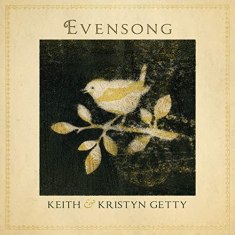 Evensong is the first new studio album for Keith and Kristyn Getty since 2016’s Facing a Task Unfinished. It is not your usual album of new modern hymns from the Gettys, but rather more of a Kristyn Getty solo project born out of a family tradition. The Gettys close out their days with a time of reflection in thought, song, and prayer. These are lullabies and hymns that they have sung to and for their own children.
The project was recorded in Nashville during the COVID-19 shelter at home season. Ben Shive, who produced the album with Keith and Kristyn, was able to gather recordings from each musical collaborator and create a project fusing the Celtic, folk, bluegrass, classical, and Americana sound the Gettys have become known for. The musical backing is more restrained than a normal Getty album, but no less beautiful. The cover art was specially created by internationally renowned Irish artist Ross Wilson. The album features guest appearances from Vince Gill, Heather Headley, Ellie Holcomb, Sierra Hull, Deborah Kelmme and Sandra McCracken.
Below are a few thoughts about each song:

Sing! The Life of Christ: Quintology is the fourth album to be released from Keith and Kristyn Getty’s wonderful Sing! worship music conferences, following 2018’s Sing! Live at The Getty Music Worship Conference and 2019’s Sing! Psalms: Ancient + Modern (Live At The Getty Music Worship Conference) and Sing! An Irish Christmas – Live At The Grand Ole Opry House.
The new album was released in five separate EPs over a period of several months. The project followed the five main themes of the 2019 Sing! conference – the Incarnation, Passion, Resurrection, Commission, and Ascension of Jesus Christ, and includes 29 songs. To find out more about my takeaways from the 2019 conference, held in Nashville, read my article “Reflections From the 2019 Sing! Getty Worship Conference” here.
The album was recorded at the Gaylord Hotel Convention Center, the Grand Ole Opry House and the Bridgestone Arena in Nashville. Everything that the Gettys and their musical friends do is with excellence. Throughout, the songwriting, singing and musical performances are of a very high quality, especially noteworthy for a live recording.
The fifth and final EP to be released is on Heaven. Below are a few comments about each song:
Forever Jesus – This song was written by Matt Papa and Stuart Townend. Townend and Kristyn Getty handle the lead vocals. The triumphant song, one of my favorite new songs of 2020, features piano, drums, bass, strings, and the singing of the conference choir.
Key lyric:
So for all my days I will sing my praise
To the King, “forever Jesus”
Though the storms may rage He is strong to save
He’s the King forever Jesus
There is a Higher Throne – This song was written by Keith Getty and Kristyn Getty. Kristyn Getty handles the lead vocals. The uplifting song features guitar, flute, drums, piano, and conference choir.
Key lyric:
Hear heaven’s voices sing;
Their thund’rous anthem rings
Through em’rald courts and sapphire skies.
Their praises rise.
All glory, wisdom, pow’r,
Strength, thanks, and honor are
To God our King, who reigns on high
Forevermore
The Lord is My Salvation – This song was written by Keith Getty, Kristyn Getty, Nathan Nockels and Jonas Myrin. Kristyn Getty and Shane and Shane handle the vocals. This powerful hymn of praise features, guitar, drums, piano, flute, bass and conference choir.
Key lyric:
Who is like the Lord our God?
Strong to save, faithful in love
My debt is paid and the vict’ry won
The Lord is my salvation
God the Uncreated One (King Forever More) – This song was written by Pete Jams and Aaron Keyes. Lead vocals are handled by Tommy Bailey, Director of Worship at the Village Chapel in Nashville. This joyful hymn features piano, violin, bass, drums, guitar, and conference choir.
Key lyric:
What joy in everlasting life
All is love and faith is sight
Justice rolls and praises rise
At the name of Jesus Christ
King of Kings forever
King of Kings forever
King of Kings forevermore
Christ the Sure and Steady Anchor – This song was written by Matt Papa and Matt Boswell. Lead vocals are handled by Boswell and Papa. The song features piano, bass, drums, violin, and the conference choir.
Key lyric:
Christ the sure and steady anchor
As we face the wave of death
When these trials give way to glory
As we draw our ﬁnal breath
We will cross that great horizon
Clouds behind and life secure
And the calm will be the better
For the storms that we endure
The King in All His Beauty – This song was written by Matt Boswell and Matt Papa. Lead vocals are handled by Papa. The song features piano, bass, drums, and conference choir.
Key lyric:
Now see the Savior lifted up
The Lamb who reigns in splendor
The hope of every tribe and tongue
His kingdom is forever
Best songs:
All 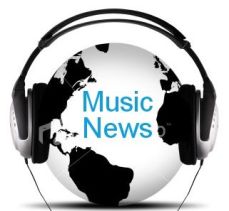 This week’s song of the week is “The Lord is in His Holy Temple” by Keith and Kristyn Getty from their new album Evensong: Hymns and Lullabies at the Close of Day. The song is written by Kristyn Getty and Ben Shive. You can listen to the song here.

Verse 1
Where were you when the earth was made

And the morning stars sang out together
When the seas burst forth from the womb
And you wrapped the clouds in darkness
Have you ever showed the dawn it’s place
Or walked the recess of the deep
Oh, the mysteries He holds are His to keep

Verse 2
Who can tip the heavens’ water jars
Or set up on the earth the Lord’s dominion
Do you give the horse its flowing mane
Or does the hawk fly by your wisdom
Who gives breath to fill a babies cry
Who stirs the soul to look for light
Without His eternal word, there is no life

Bridge 2
The Lord is in His holy temple, let the earth keep silence