One Sunday morning, the pastor noticed Little Jeffy was staring up at the large plaque that hung in the foyer of the church. It was covered with names, and small American flags were mounted on either side of it. The seven-year old had been staring at the plaque for some time, so the pastor walked up, stood beside the boy, and said quietly, “Good morning, Little Jeffy.”

“Pastor Scott, what is this?” Little Jeffy asked.

“Well, son, it’s a memorial to all the young men and women who died in the service.” Soberly, they stood together, staring at the large plaque. Little Jeffy’s voice was barely audible when he asked, “Which service, the 8:30 or the 11:00?” (submitted by Jim Lauher)

~ UPDATED PAGES ON THE BLOG ~

Book Review – When Work & Family Collide: Keeping Your Job from Cheating Your Family by Andy Stanley

Music Review – Rivers in the Wasteland by NEEDTOBREATHE 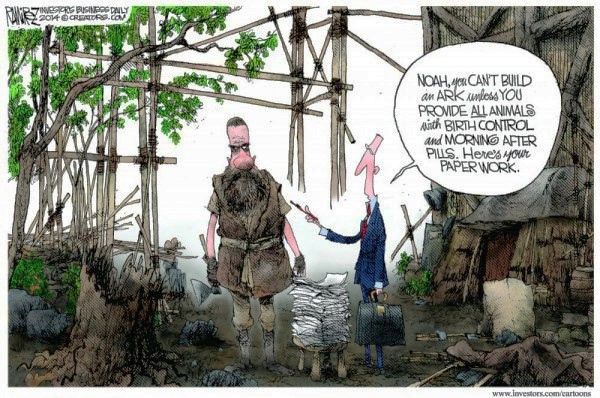 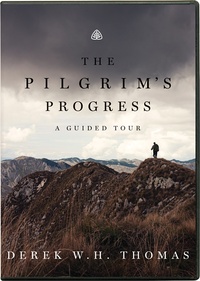 The Pilgrim’s Progress was written by Bunyan over 300 years ago, and is one of the most widely-circulated books ever to be published in the English language. In spite of its popularity in the past, many people today are not familiar with this masterpiece. In this teaching series, Derek Thomas takes readers along this allegorical journey, showing that Christians have as much to gain from this book today as they did hundreds of years ago.

I’ve enjoyed Thomas’ ministry, reading some of his books and seeing him speak at the Ligonier Ministries National Conference several times. As he leads us through he adds historical context, biographical information and goes over the theological points that Bunyan was making in the book.

Before listening to this series, I wasn’t aware that there was a second part of The Pilgrim’s Progress, which Bunyan wrote six years after part one. Thomas believes that relatively few have read the second part.

Part two is about a woman (Christina) and her four children. Some had criticized part one as not being community/church focused, as it was more about Christian’s (Bunyan’s) spiritual journey. Part two is a road story and also a family story with an adventure.

The series is available in CD and DVD formats. You can watch the First Message  free. To order, go to http://www.ligonier.org/store/pilgrims-progress-guided-tour-dvd/

Why I love Michael Card

I first heard Michael Card’s music in early 1985. I was a relatively new believer, and the album was Known by the Scars, Michael’s first in a trilogy of albums on the life of Christ. I appreciated how he took Scripture and put it to music. I remember thinking that he sounded just like Dan Fogelberg, a popular singer from Illinois at the time. Since that time, I have purchased all of his albums and books and seen him in concert many times. And yet it is his teaching that I think I appreciate the most. It is what Michael calls biblical imagination. It’s amazing the insights he provides on passages that we have read or heard preached hundreds of times.

Michael is always intentional with his music, oftentimes doing an album and book on a particular theme. In addition to the trilogy on the life of Christ, Michael has done a three album series on the Old Testament, an album and book on lament, an album on Hebrews, one on Revelation, a hymns and a Christmas album, a few albums of songs for children, and most recently an album and book on each Gospel in the Biblical Imagination Series. He also takes an annual group to Israel to tour the Holy Land, which is something that is on my personal “bucket list”.

Now I know Michael is just a fallen man. As Alistair Begg often says, quoting J.C. Ryle, “The best of men are only men at their very best.” But the Lord has used him in a mighty way to help me grow in my faith and knowledge of the Bible through his music, books and teaching.

Several years ago, my pastor, who also very much appreciates Michael, asked me if we could bring Michael in for a concert at our church. It didn’t work out back then, but in 2012 we were able to bring him in for a Biblical Imagination Conference and concert on the Gospel of Mark. The response from those who attended was so positive, that we asked Michael and his team to come back in 2014, this time for a conference on the Gospel of Matthew and a concert, which will take place in a little more than two weeks. I hope you can join us.

Tickets for the conference (which includes the concert) are just $58, and can also be purchased in at: http://store.michaelcard.com/conference.aspx

Tickets for the concert only are just $18, and can also be purchased at: http://store.michaelcard.com/concerttickets.aspx

If you have any questions, or need additional information, please contact Bill Pence at 452-5438 or bntpence@msn.com

Quotable: God is not wanting you to make sacrifices. He wants you to be a sacrifice. -Derek Thomas